Are you aware of the changes that have occurred to speeding fines this year?

New penalties that were introduced earlier this year have meant that drivers who are taken to court after being caught speeding are facing much tougher penalties for their actions.

Speeding was a contributing factor to 3064 people being “killed or seriously injured” in crashes in 2013 (Gov UK; Allianz) and therefore it is easy to see why speeding is considered a major safety issue. This is why the Government introduced more severe penalties and sentences in court for those caught speeding in the hope that it will result in our roads being safer.

So, what are the tougher penalties that were introduced?

They have introduced a zero-tolerance policy for offenders that have previously been caught speeding, they will inevitably receive 3 or more points on their licence.

Moreover, there will no longer be a fixed fine for those taken to court for speeding; instead, the fine will array from 50% to 150% of the lawbreaker’s weekly income, the percentage depends on the severity of the felony – they are categorised into three groups; band A, B and C.

However, there is a limit to the new sentencing fines. They are capped at £2500 for offenders caught speeding on the motorway and a limit of £1000 everywhere else. 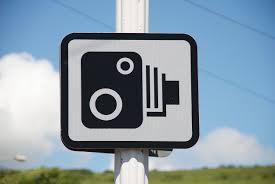