How charities can benefit from the use of social media

According to the Guardian, a recent survey stated that in the past year, charities have doubled their number of supporters on main social media channels. However, despite its advantages, numerous charities find social media daunting and therefore are avoiding it.

The third sector is lagging behind with regards to social media compared to commercial businesses, and they are encouraged to use established commercial methods to maximise its effectiveness.

Charity organisations depend on public support and funding and there for need to use every method possible to reach the public including current donors, potential supporters and volunteers. Social media is one of the main methods to do this and a great way to share success stories and show the effect of their work which will result in more supporters and donations and so on. Social media is even better with regards to engaging with younger supporters with the Guardian stating that 80% of 18 to 24-year olds and 73% of 25 to 34-year olds being users of Facebook and Twitter.

Charities should contemplate carefully about what they want to achieve and who they want as their audience when planning their social media campaign and deciding on what channels to use since different channels have different audiences with sites such as LinkedIn having more of a professional audience, and Facebook having more of a broader and younger audience.

Simply having a social media page isn’t enough and if you want it to be effective you will need to engage and interact with your supporters. You should keep your social media relevant by posing usable and interesting content, being active and regularly updating your information to ensure that it’s still current.

Using social media doesn’t mean that charities have to stop using traditional channels such as magazines, TV and direct mail, but it can offer advantages that other channels don’t.

One of the advantages is that social media gives you the opportunity to engage in real time two-way communications with a high number of supporters individually.

Comment boards, forums, Facebook comments and tweets give you the chance to gain views and feedback as well as have active beneficial engagement with current and potential supporters of your charity. This gives those who want to make direct contact with you the access to do so.

It also gives you the opportunity to make emotional connections with the use of images and videos. These will get the most human reactions and is what can be used to really demonstrate your work and bring it to life. This kind of content is more likely to get people involved rather than just text as the ability to see the good makes a big difference and often results in more donations.

Use case studies to demonstrate your efforts coming to life and show what difference donations can make in visual, real-life terms.

You should encourage supporters to share your content which gives you an even wider audience as well as writing their own content about events or projects that they have had involvement with to introduce the personal element. Having those that support you endorsing your organisation to their acquaintances will be far more powerful and valuable than anything that comes from the larger organisation.

It takes time and you have to have patience but it’s too good an opportunity to miss and it will benefit your organisation. 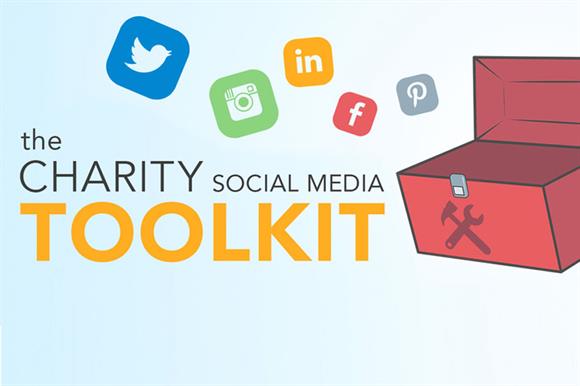